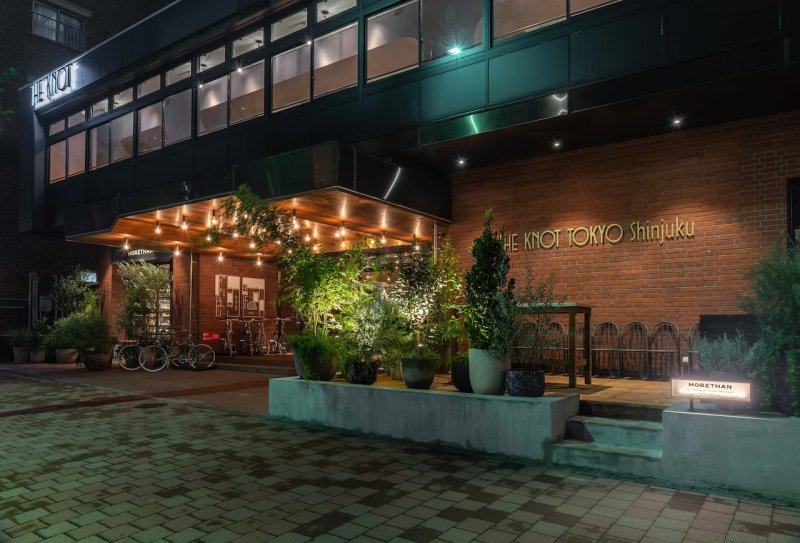 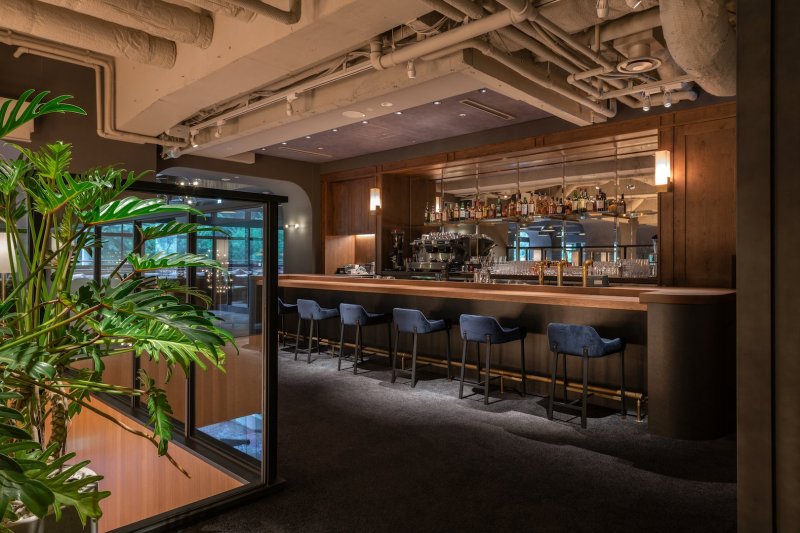 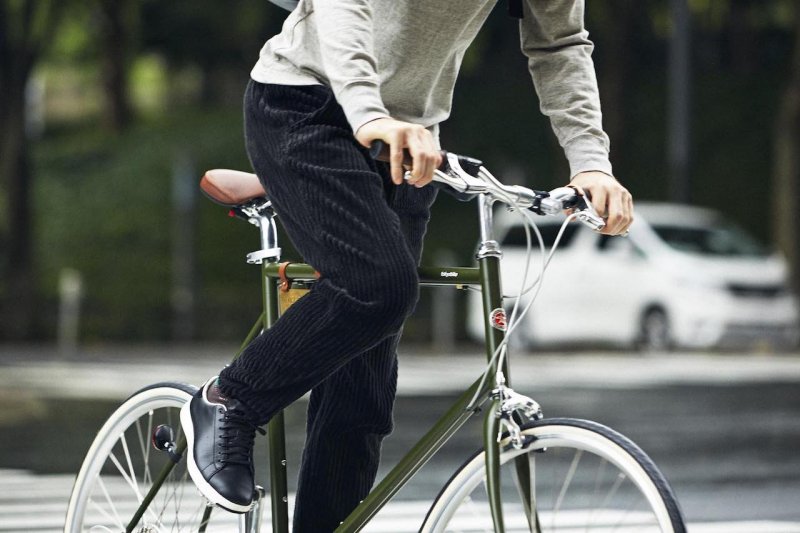 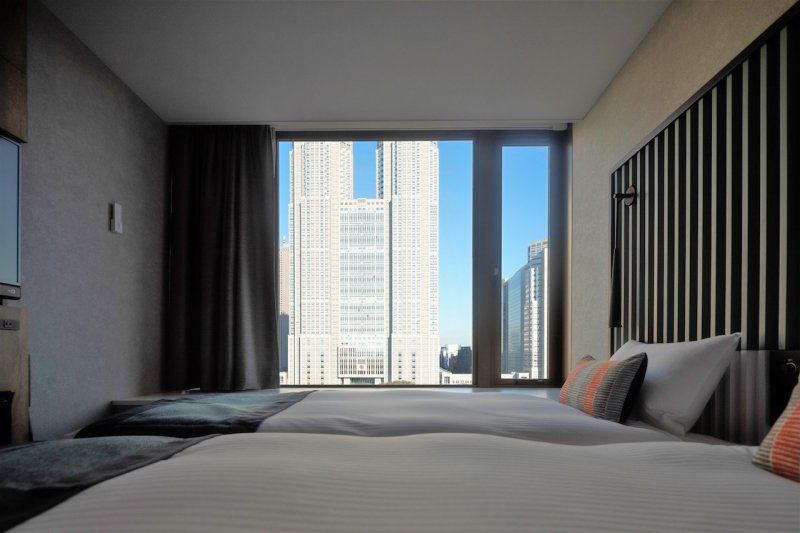 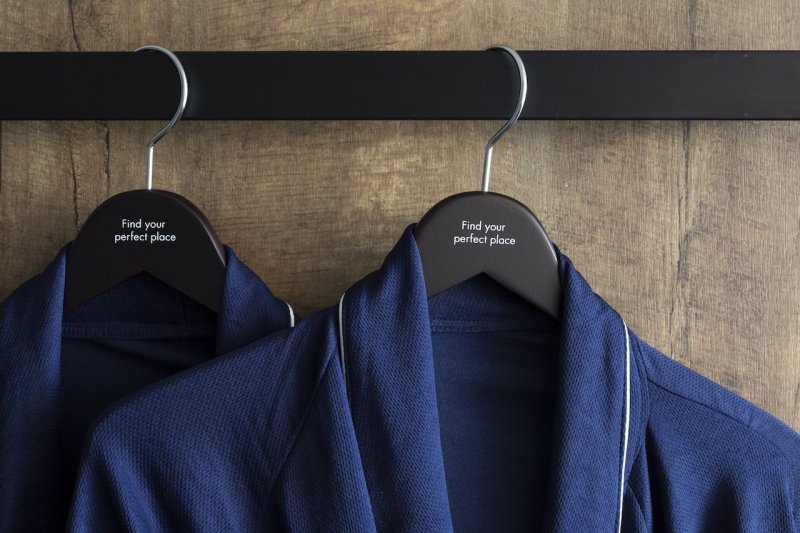 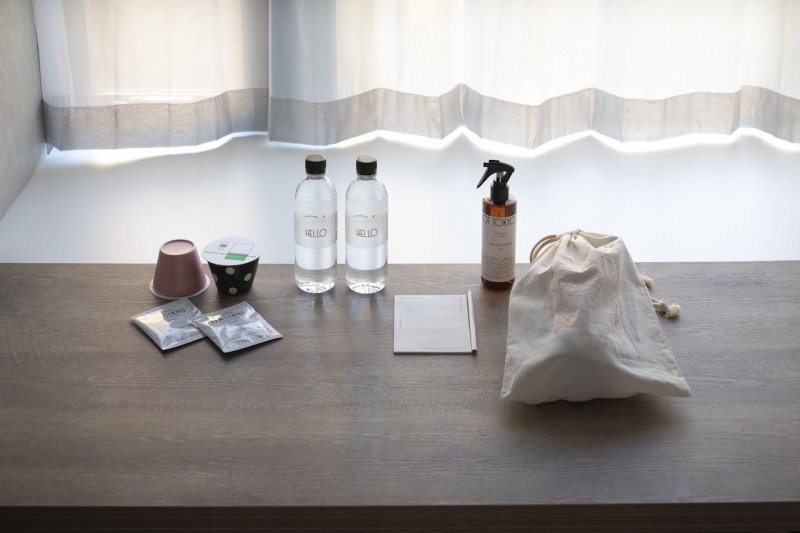 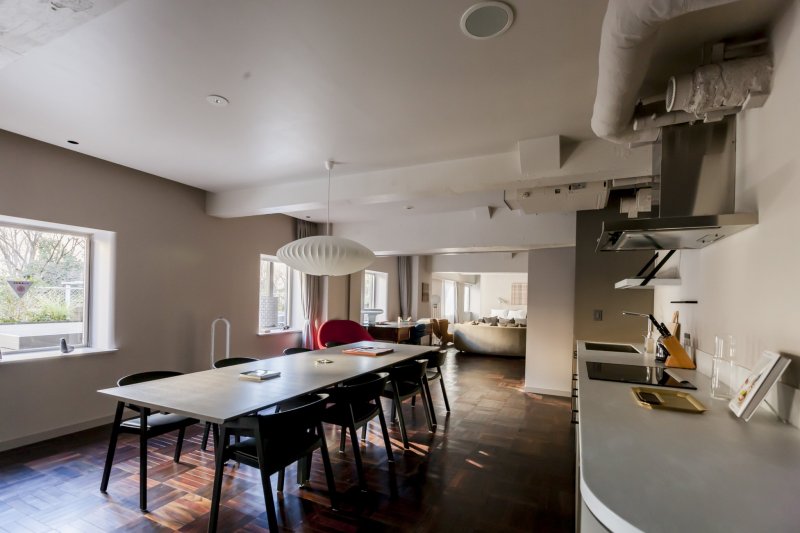 The western-style rooms offer a park view on the top floor as well as a newly opened terrace suite. The spacious atrium design offers a relaxed atmosphere and connects the restaurant, bar, lounge and lobby with one another.

One of the highlights of THE KNOT is the delicious dishes. There are six areas in which food and drinks are offered. From the grill area to high-quality black tea and fresh bread, everything is on offer.

With Koenji being a "creative town" it's no surprise that the BnA Hotel opened there in 2016 and has had, subsequently, an incredible impact on the local community. BnA (Bed and Art) has other spaces dotted about Tokyo and Kyoto, but the Koenji edition is possibly more immersive as the concept is "stay in an artwork." In collaboration with local artists, the BnA has created an impressive multi-storey art experiment for art lovers and creatives with a desire to inhabit art. The first floor acts as a front desk and bar which comes alive at night with events and selected DJs. It also hosts Masu Masu onigiri cafe with artists being asked to come and exchange artwork with each other in a gesture which reflects the true spirit of Koenji. With two "living art" twin rooms taking up the second and third floors designed by a seasonal rotation of local artists, guests can engage with and inhabit their art rooms. BnA Koenji also plays host to a rooftop lounge and a basement space which is used for artists residencies where their work is shown to the public and a DJ booth and streaming equipment for live performances. With live painting events and an eclectic variety of regular events, the BnA Hotel becomes, itself, a living canvas. The BnA believes that it's a machigata hotel, meaning that guests should (and are encouraged) to interact with Koenji. Use the public sentos, eat in the local restaurants that surround the hotel and buy locally from the multitude of shops, market stalls, bars and cafes which make-up the fabric of Koenji. Feted by international press such as The Guardian, BnA acts as a creative network with the concept of serendipity being discussed as the bar becomes an ad hoc meeting place where collaborations and friendships between artists and locals are born. The BnA was also instrumental in a street art festival named MCP (Mural City Project) which was supported by Suginami Ward. MCP was incredibly ambitious and truly communal with the desire to transform and coalesce the community through the creation of public murals. The BnA, Koenji and Suginami spearheaded a public art movement which should be commended and replicated throughout Tokyo.

Situated a few minutes stroll from the north exit of JR Koenji Station, Clouds Art + Coffee is a simple affair reflecting the owners' passion for, well, art and coffee. Very chic and sparse, the space is compact with a fine selection of coffee from all over the world such as Ethiopia, Kenya, Colombia and Brazil which makes it the perfect spot for Tokyo's legion of coffee addicts. The owners curate a healthy mix of artwork from local and international artists and the rotational exhibition system means that regular customers have the opportunity to see, firsthand, the best and most intriguing art from Koenji's thriving art community. There's no censorship at Clouds Art + Coffee and artists are encouraged to represent themselves and their work in a free manner and this means, essentially, that customers can view an eclectic and liberating amount of art hand in hand with some of the finest coffee in Koenji and Tokyo as a whole. Clouds Art + Coffee is, ostensibly, a hub and tryst for art and coffee lovers who come from far and wide to sample international coffee made from the finest beans and art from emerging and established artists.

Ramen has become a global cuisine over the past decade with ramen-ya popping up in cities all over the globe. Millions of visitors, however, flock to Japan every year to experience the real deal. Harukiya, located a few minutes from JR Ogikubo Station, is a Tokyo institution. Established in 1949 it is the originator of Tokyo-style ramen which uses niboshi (dried baby sardines) in its broth and has been serving up first-class soy sauce which hasn’t changed for more than 70 years and has, rightly, earned it a legion of devotees. Although Harukiya has a sister branch in nearby Kichijoji, the Ogikubo store is the original and takes great pride in creating its authentic Tokyo-style chuka soba as well as chashumen and wontonmen. The aroma from the ramen floats into the outside streets having a visible effect on the patrons who queue daily to get their hands on Harukiya’s mouth-watering ramen. Popular with Ogikubo residents and foreign ramen aficionados, Harukiya has a small, curated menu with toppings, cold noodles and a few side dishes which accompany the ramen. Harukiya has led the Tokyo ramen industry for generations and there’s a reason for this. The aromatic soy sauce ramen and hand made noodles which are freshly kneaded every morning have inspired ramen lovers and ramen chefs the world over and will continue to do so for many more years to come.

There is a restaurant right in front of the Meguro station where you can eat your own fish. All kinds of Japanese dishes and fresh seafood are also served. In some pools inside the restaurant you can catch your own fish with a fishing rod and net and then let the staff know which table it should be brought to. You can watch the fish being prepared in the kitchen and let you know in advance how the fish should be prepared: whether as sashimi, grilled, boiled, deep-fried (with tempura) or as sushi. If you don't manage to catch your own fish, then you can of course order a fish from the menu. However, the price is much lower if you want to have your own catch cooked .

Take a break from the concrete skyscrapers of Shinjuku City at Shinjuku Central Park. This natural getaway is located in western Shinjuku and is the ward’s largest public park. The park is about a five-minute walk from the Tokyo Metropolitan Government Building, which offers stunning panoramas of Tokyo free of charge, and is a wonderful local spot to relax after observing the cityscape. Enjoy the balance of nature and urban life. The greenspace has a family-friendly atmosphere and is home to a number of outdoor facilities. Have picnics on the verdant lawns and go for a walk or jog along the park’s paths. It also features a skateboarding area, an exercise plaza, a man-made waterfall, an indoor bouldering wall, a yoga studio, a restaurant, public bathrooms, and more. For younger children, the park has playgrounds and a small wading pool. During the weekends, the area sometimes plays host to flea markets, so be sure to keep an eye out for lively happenings. The park is also a popular spot to admire seasonal nature. Enjoy cherry blossoms in spring, hydrangeas in summer, and fiery foliage in autumn.

The Tokyo Metropolitan Government Buildings (東京都庁舎, Tōkyō Tochō) are comprised of the North and South and house many offices relating to the local city government. The building is best known for its free observatories, one in each tower, which offer stunning panoramas of the city and the surrounding prefectures. The observation decks sit at 202 meters above the ground, giving visitors a true birds’ eye view of the Tokyo skyline. Iconic structures – such as Odaiba’s Rainbow Bridge, the Tokyo Dome, the Tokyo Skytree and Tokyo Tower – can usually be seen. On clear days, Mt Fuji is often visible on the horizon. Panels along the walls of both observatories detail the buildings that can be seen from each direction. The North Observatory usually remains open until 11pm at night. It’s a great opportunity to see the sunset or catch the evening glow of the metropolis. On days when the North Observatory closes early, the South Observatory compensates by staying open late. The building is designed by Kenzo Tange. Each observatory boasts a café as well as a small souvenir outlet. On the 2nd floor of the building, there is also a large tourist information center that dispenses brochures and knowledge on all parts of Tokyo, as well as some of the surrounding cities and prefectures. The government buildings often host local product fairs on the observation decks to highlight regional delicacies and goods. Past fairs have featured such items as Shizuoka’s tea and seafood products, apple-themed goods from Tohoku and soba noodles from the Nagano region.

The robot restaurant in the Kabukicho Shinjuku entertainment district offers an extraordinary experience for those looking for something really flashy. Not only is there a place to eat and drink, but guests are also entertained with a show of a different kind. Huge remote-controlled robots, rhythmic drums, wild lasers and energetic dancers tell small stories strongly inspired by Japanese pop culture and tradition in a kind of theater show made up of several acts. In order to become a certain part yourself, you can cheer on the performers with the glow sticks known from Japanese concerts. These can be borrowed free of charge or you can also bring your own.