A Day in Tokyo Dome City

The entertainment and shopping city in central Tokyo

Tokyo Dome City is one of my favorite places in Tokyo. Why? It’s always cheerful and alive, and just watching the surroundings make me happy.

My first visit to Tokyo Dome City was on a gloomy day. The first thing I saw was a huge line to Tokyo Dome as there was a Korean band playing. I thought it would be horrible to stand in such a long line, but the fans seemed really happy. Later, I saw some of the fans meeting the girls’ pop band on the open stage of Tokyo Dome. Fans had gathered for 6 hours before the show! They talked and showed photo albums to each other. I was amazed but found it interesting to watch.

The purpose for visiting Tokyo Dome City was the Spa LaQua. It is one of the largest natural hot spring spa complexes in Tokyo. The hot spring water originates from 1,700 meters below ground. It is spacious and has several types of baths. Firstly, I thought it was quite expensive – 2000 yen, but after visiting I was very pleased. It was worth it!

There are many different shops in Tokyo Dome City. Some are very special. For example, there are shops that specialize in manga characters and others that sell toys from famous anime movies such as Totoro. I purchased a few items, of course. Besides shops, there is a great choice of restaurants and cafes. Big Food Court suggests different kinds of Japanese food as well as international ones. One of my favorite places to treat myself is the takoyaki place near the big merry-go-round. They make very tasty takoyaki!

By night, Tokyo Dome City becomes even more alive and bright with the lighting. In the inner court, there is a musical fountain that performs at certain times (the timetable is posted nearby). At night, it is very spectacular with colorful lighting. I suppose it is perfect during the warm times of the year.

I usually travel on my own, so when I feel a little bit lonely, I go to Tokyo Dome City and really have fun there!

Tokyo Dome City is easy to reach from Suidobashi or Korakuen Stations. It's a few minutes' walk from either station. 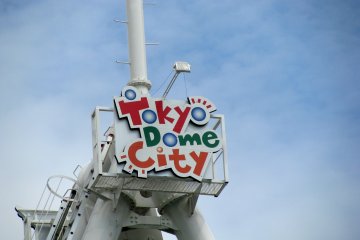 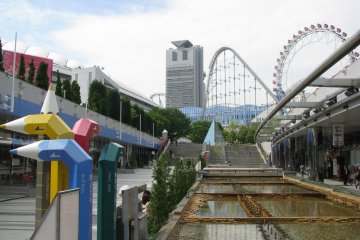 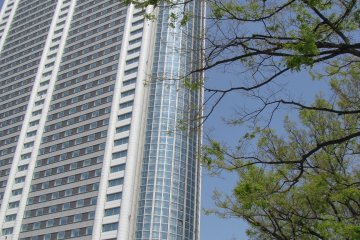 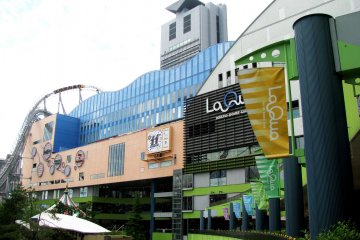 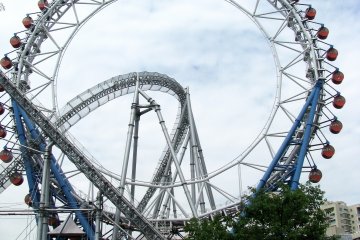 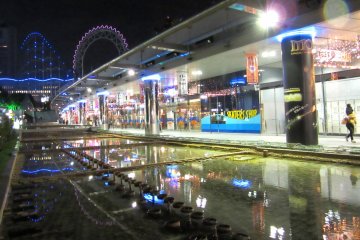 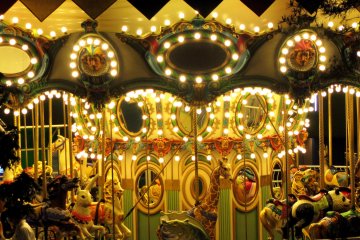 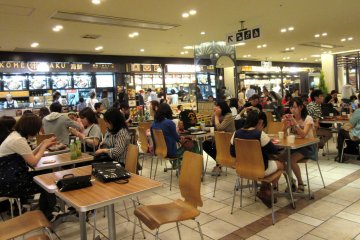 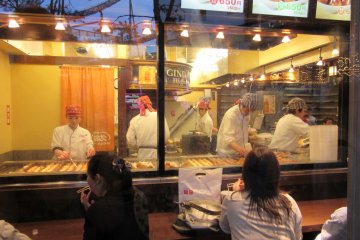 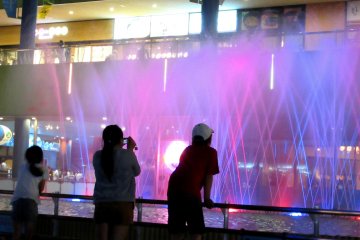 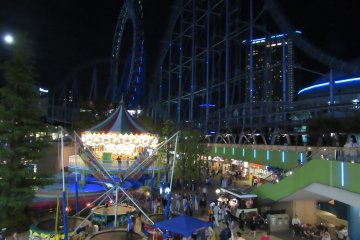