A Day in Suizenji Gardens

A tranquil getaway right in the heart of Kumamoto

Built by the Hosakawa family in the 17th century, Suizenji Garden (水前寺成趣園, Suizen-ji Jōju-en) is a source of great pride for the people of Kumamoto and just a stone's throw away from the city centre and the grand Kumamoto castle.

When I first visited this beautiful tsukiyama garden, filled with it's array of man made hills, I was instantly struck by the timelessness that saturated the air, an otherworldly quality that transported me back to a time where kimono and geta were the only way to go. My shorts and pink Converse shoes suddenly seemed very out of place. Upon entering, I stood for a while in silence, taking in my surroundings, the relentless Japanese summer sun beating down against my skin. Filled with koi that shimmered in the sunlight, the large spring-fed pond, overlooked by the main tsukiyama (artificial hill) that represents Mount Fuji was refreshing to look at on such a hot and humid day.

It is not only the natural features of this garden, however, that have led to it being acknowledged by the government as a site of historic and natural beauty. Named after the no-longer-standing Buddhist temple Suizen-ji, Lord Hosakawa began constructing his garden in 1636, where members of his family are enshrined within Izumi Shrine. This, too, can be found on the grounds, recognisable by its red torii gates. The garden is also home to a Noh theater, and the thatched Kokin-Denju-no-Ma teahouse which was moved from Kyoto’s Imperial Palace to Kumamoto in 1912.

Suizenji Garden is a slice of history and beauty and a homage to the art of Japanese gardens. Easily accessible, Suizenji is a 30-minute tram ride from the hustle and bustle of Kumamoto’s JR station, with the park being a short walk away from the Suizenji Koen (水前寺公園) stop. With a 400 yen admissions fee, this garden is a must visit for anyone who appreciates the cultural and historical side of Japan.

But what if I get hungry I hear you say? Well, fear not! Leading up the garden entrance is a street of stalls and shops, offering delicious-looking food and trinkets to commemorate your time in Kumamoto. There are even a few shops within the garden walls, luring you in with their beautiful-looking curiosities and friendly conversation.

With its picture-postcard beauty and charming little shops dancing along the edges of the park, Suizenji is truly a sight to behold.

An ALT living and working in the wonderful southern prefecture of Nagasaki. 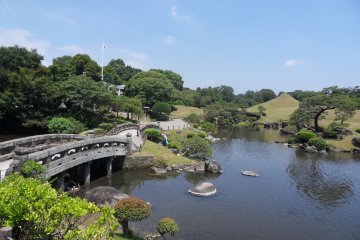 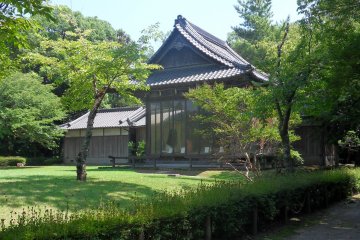 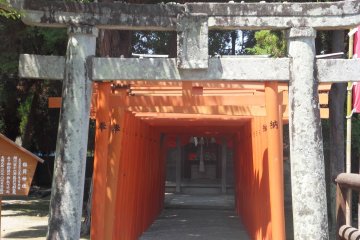 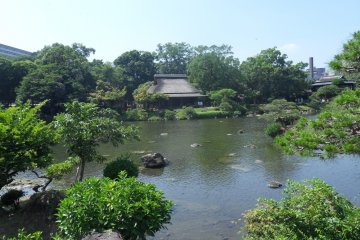 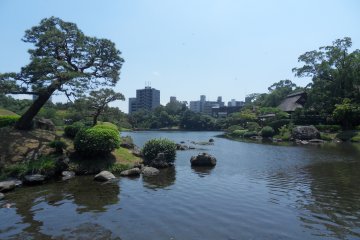 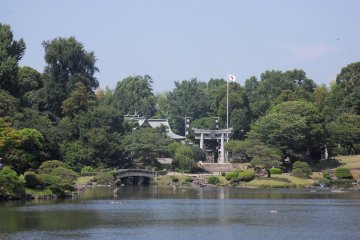