The exterior of the Kyu-Hosokawa samurai residence (Photo: Mandy Bartok)

Most visitors to Kumamoto make the city’s raven-black castle their number one stop. And then, sadly, many travelers just leave, having ticked off the most important site on their list. For anyone willing to dig a bit deeper, the area around the castle offers one of the prefecture’s most beautifully-preserved samurai residences – the former home of the Hosokawa clan.

Tucked out of sight on the hill behind Kumamoto Castle (and accessible via the Castle Loop Bus), the Kyu-Hosokawa mansion is a shining example of Edo-era architecture. It was initially built in 1648 as a rest house by Okitaka Hosokawa, a younger brother in the most influential samurai family in Kumamoto. After the Meiji Restoration, however, when the Imperial Army made Kumamoto Castle its headquarters, all samurai families dwelling on the grounds were essentially evicted. The Hosokawa clan made the permanent move to this hillside abode, enlarging the original home and elaborating on the garden.

The beauty of the property is evident immediately, from the raked gravel patterns that hug the entrance path to the overhanging maple trees that turn fiery orange in late November. It’s a popular spot for wedding photos and, on more than one occasion, I’ve been lucky enough to snap some photos of a bride in full ceremonial kimono.

The house itself is a shoes-off kind of place; much of the residence has a carpeted walkway but the bare burnished floor can be quite chilly in winter so don’t forget a thick pair of socks! Most of the rooms are open-walled, with expansive views of the property’s garden. Inside, the route leads visitors through the home’s study, tea room, detached pavilion and even the kitchens. A number of the rooms display treasures from the Hosokawa family – an exquisitely painted set of shells from the Edo-era matching game known as kai awase, a century-old go game board with black and white stones, plenty of exquisite period furniture and various pottery used for tea ceremonies. There are no explanations for any of the artifacts but the staff at the front will do their best to answer any questions.

There’s also an atmospheric tea house located on the edge of the property. The opening hours seem more restricted than the main residence, but it’s worth walking over to see the miniature garden. In the fall, under the carrot-colored maples, it’s easy to imagine the bustle of the city is worlds away.

Japan resident for 10 years, with time spent in Okinawa, Kumamoto and Tokyo. 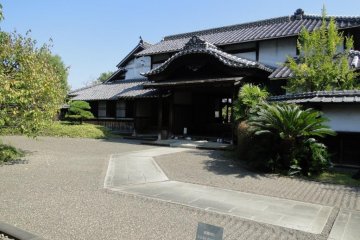 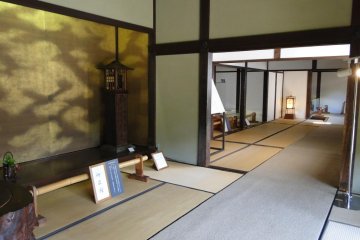 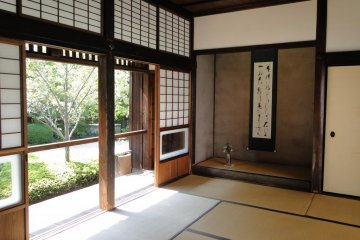 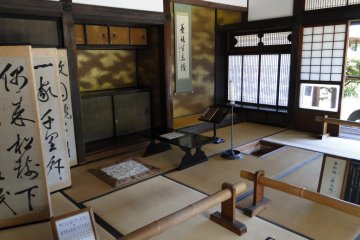