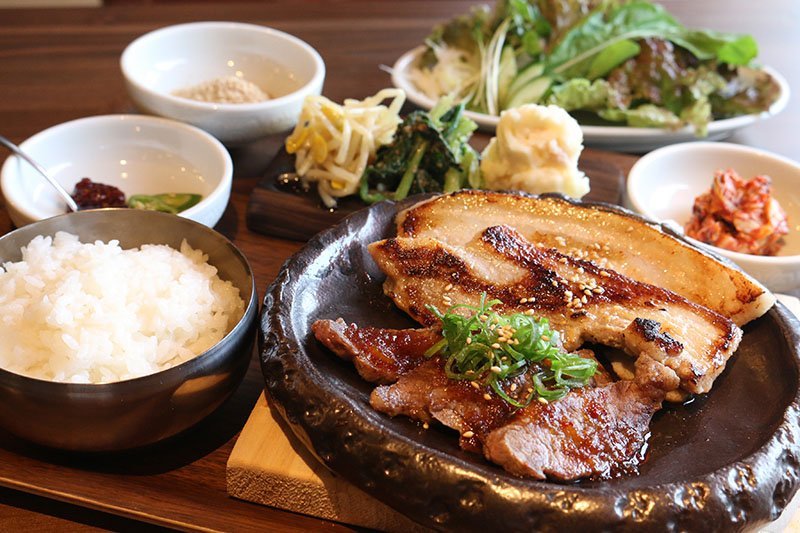 Bills is run by Bill Granger, an internationally renowned Australian chef, who is particularly well known for his brunches.

The Beef House GYUS specialises in all things beef. Based in the Shonan region, GYUS focuses on selecting the freshest and top-quality beef and horumon (innards), then cooking them with utmost care and dedication. Enjoy several varieties of top-class beef, including local Shonan wagyu, Miyazaki beef and Kagoshima black beef. Try from a range of styles, including hamburg steak, beef steak and yakiniku courses. GYUS also has full Halal certification.

Kamakura’s Hasedera Temple, a sister temple to Nara’s temple of the same name, is renowned for its 11-headed statue of Kannon, the goddess of mercy. This Jodo-sect Buddhist temple is one of the oldest temples in the city and has roots in the eighth century. Legend has it that the monk Tokudo Shonin requested two Kannon statues to be made from a camphor tree in 721. The smaller statue was enshrined at Nara’s temple, while the other one was thrown into the sea as an offering. In 736, the statue washed ashore in Kamakura, and Hasedera was built to enshrine it. Hasedera’s grounds feature a harmonious display of traditionally designed temple buildings interwoven with lush nature and seasonal flowers, making for a peaceful stroll. Thanks to its elevated position, it also offers wonderful views of Kamakura’s townscape and Sagami Bay. The temple’s artfully crafted nature is on full display when you first enter the grounds. The welcoming garden features a pond encircled by plants, the small Benten-do Hall, dedicated to the goddess of music and wisdom, and Benten-kutsu Cave, which contains carved statues of deistic Buddhist figures. If you are hungry, refuel at the temple’s Teraya Cafe, located just before the entrance, or Kaikoan, which is built at an elevated level and boasts large windows with fantastic views of the area. Admission to the temple costs 400 yen for adults and 200 yen for children (ages 6 to 11). Parking costs 350 yen for 30 minutes.

Kotoku-in is the more common name for Taiizan Kotoku-in Shojosen-ji in Kamakura, Kanagawa Prefecture. This Jodo-shu Buddhist temple is known for its Daibutsu, or great Buddha, which is one of the most famous icons of Japan. The statue, commonly known as the Kamakura Daibutsu (Big Buddha of Kamakura), is a colossal copper image of the Amitabha Buddha. The Buddha, which was declared a national treasure by the Japanese government, is about 11.3 meters high and weighs about 121 tons. The Kotoku-in belongs to the Jodo sect, a traditional Buddhist sect founded by the priest Honen (1133-1212) who was a follower of Amitabha. According to the Jodo sect's belief system, all people are equal and one only has to sing the "Nenbutsu" to receive the protection of Amitabha and to be reborn in one's "pure land".