Futara-san Hon-sha used to be the most important holy place in Nikko. (Photo: Tomoko Kamishima)

The Futara-san Shrines of Nikko

The original power spot of the region

Nikko Futara-san Shrine proper is huge, and includes the peaks of the Nikko mountain range (Mt. Nantai, Mt. Nyoho, Mt. Taro, and five other mountains), Kegon-no-taki Falls, Iroha-zaka slope, three shrines, and many other less famous points. Ancient people here believed that this whole area was a place where God was sitting. In total, it covers 3400 hectares—equivalent to around 34,000 square meters.

Priest Shodo established a small shrine in 766 near where Hon-sha is now standing. When Shodo and his disciples finally succeeded in reaching the summit of Mt. Nantai in 782, he erected Oku-miya at the top of the mountain. Later, Chugu-shi was built in 784 for the people who couldn’t go and worship Oku-miya.

Ancient Japanese believed that natural phenomena such as storms, earthquakes, eruptions and so on were an act of God, and that God existed in high mountains. Mt. Nantai (2486m), Mt. Nyoho (2464m), and Mt. Taro (2368m) have been worshipped most solemnly for thousands of years. The Holy Existence sitting in the mountains was invisible and intangible. Then people made Them visible in the form of shrines near the mountains so that they could be near their Gods when they prayed.

Mixed practice of Buddhism and Shintoism

Before the Meiji government prohibited the mixture of Buddhism and Shintoism in 1868, they had been a unified entity in Japan. In the Nikko district, Rin-noh-ji is categorized as a temple, and Tosho-gu and Futara-san are shrines. But they were one united sacred place for a long, long time.

Futara-san Hon-sha used to be the most important holy place in Nikko. It was the center of ascetic practice in these mountains. Priest Shodo established a foothold at the location where Tosho-gu now stands, because he felt the strongest power at this point. He recognized it as a natural power spot. From the 10th century to the 16th century, a lot of priests went there and trained themselves.

When Tenkai set up Tosho-gu for Ieyasu about 850 years later, Tenkai forced Futara-san Hon-sha to move to a new westerly location. Tosho-gu took over the religious power of Futara-san that was derived from that holy ground.

Compared with the gorgeously decorated Tosho-gu, Hon-sha maintains a simple and delicate taste. And I think there is a pure, fresh air in the shrine’s grounds. The reason might be that Futara-san was able to keep its natural, original power from those ancient days.

Futara-san Chu-gu-shi is located at the bottom of Mt. Nantai, on the north shore of Chuzen-ji Lake. There is a gate here for people who want to climb Mt. Nantai. To do this, you should make a donation of 500 yen at the shrine building. The mountain opens on May 5th and closes on October 25th every year. It takes about five and a half hours to go up and down the mountain. Wearing pants softer than jeans is highly recommended by those who have made the trek. Please carry plenty of water, and do not leave any garbage on the mountain.

Shodo was born in 735 in Tochigi Prefecture. When he was seven, he received a vision from Myo-jo-tenshi (God of Venus) to study Buddhism and to open the doors for ascetic mountain practice in Nikko. Obeying this message, he became a priest and devoted himself to Buddhism. In 766 Shodo tried the first of many attempts to reach the summit of Mt. Nantai. To do this, he also needed to cross the Daiya River. But its swift current kept him away. He prayed to God using holy fire. Then Jinja-daio appeared and threw two snakes into the river. The snakes became tangled and changed into a bridge. But the snakes’ skin was slippery. Soon sedge grew on it. Shodo safely crossed the river walking on the sedge covered bridge. The bridge disappeared after Shodo crossed over. But later, Shodo built a bridge—the now famous Shin-kyo—at the same location.

The famous red bridge near the rear approach to Rin-noh-ji temple and Tosho-gu shrine is called Shin-kyo (神橋). It means “bridge of God”. The red color of the bridge makes a beautiful contrast with the surrounding green leaves and mountainside.

Thinking about the history of Futara-san shrine, I really appreciate that Shodo opened the road to Nikko. On the way to Mt. Nantai, he found Kegon-no-taki Falls and Chuzen-ji Lake. This beautiful nature must have had a deep impact on him. And I believe that you too will feel the same impression of the whole Nikko area, including the many Futara-san Shrine precincts.

Japan is a small island nation, but we have a huge number of surprising things to discover here. Many of these delights can be found when you step off the main street onto small side paths. I really enjoy studying about and researching various aspects of traditional Japanese culture, and then sha... 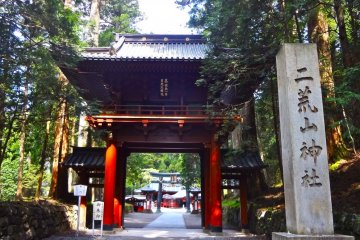 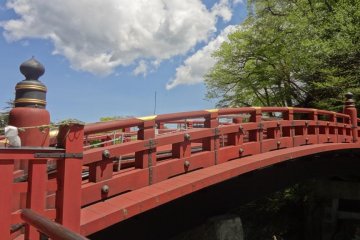 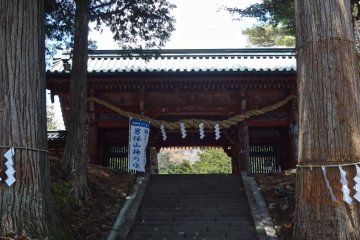 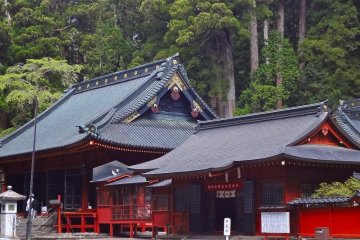 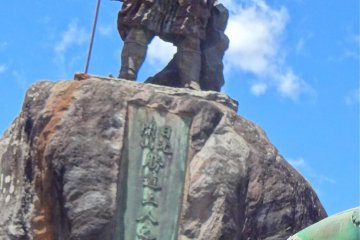 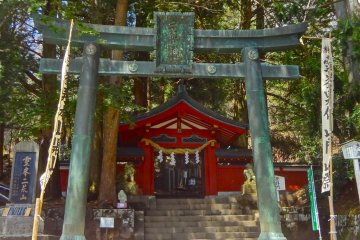 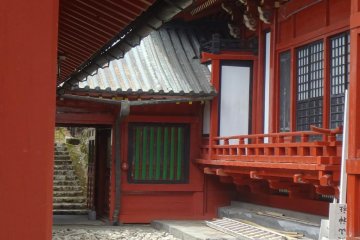 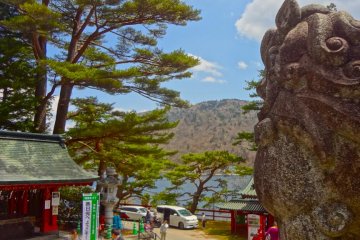 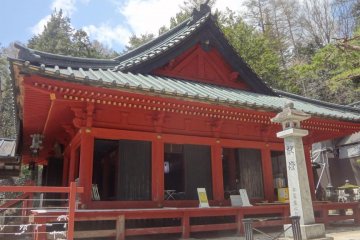 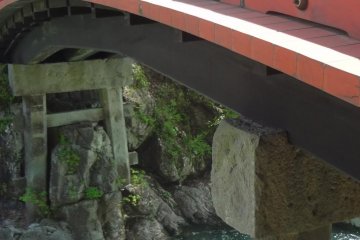