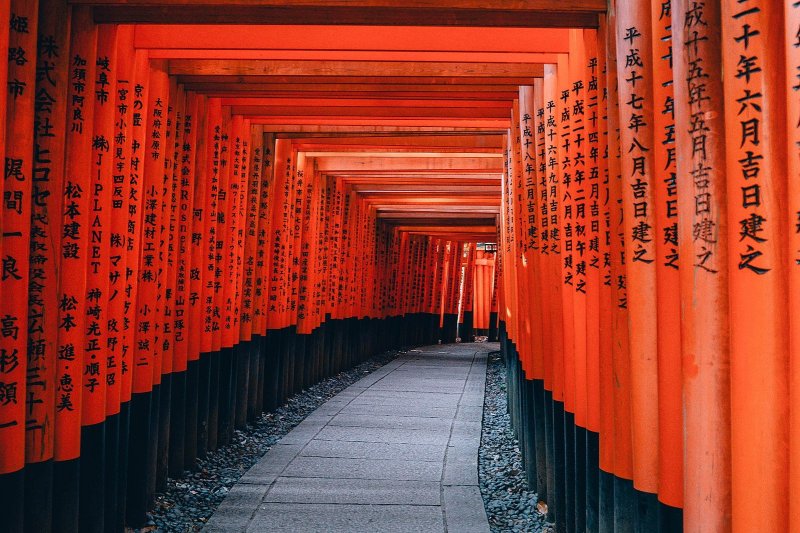 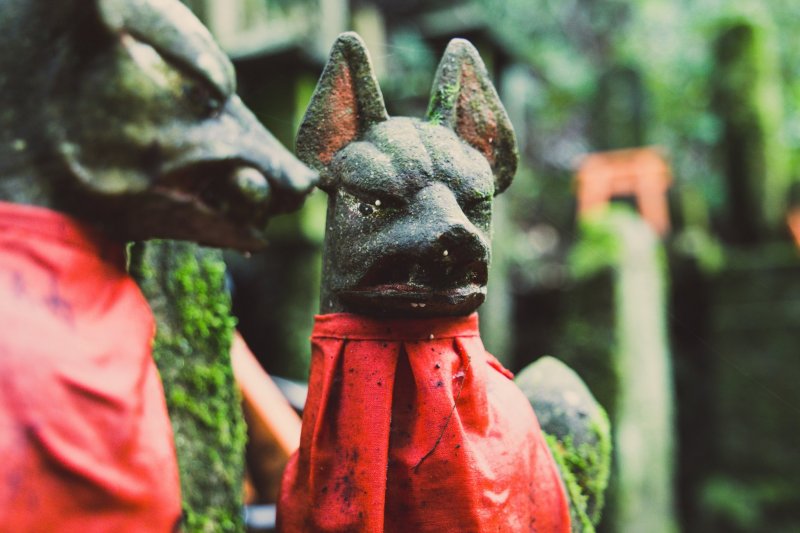 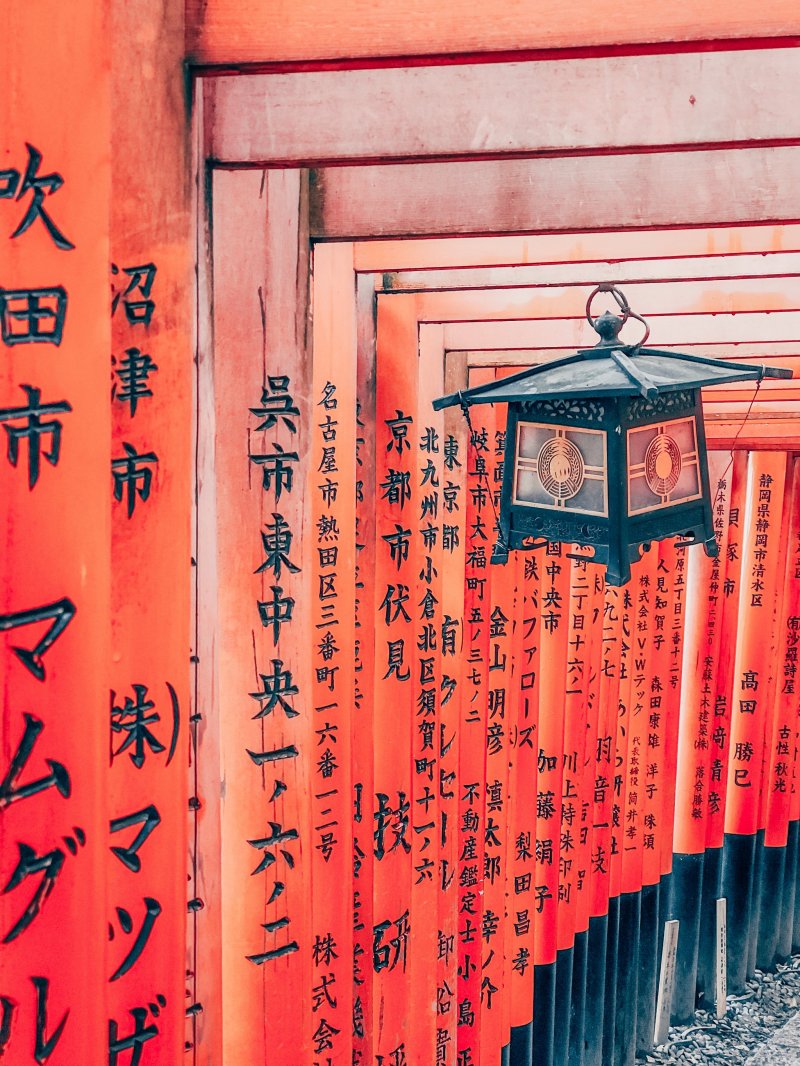 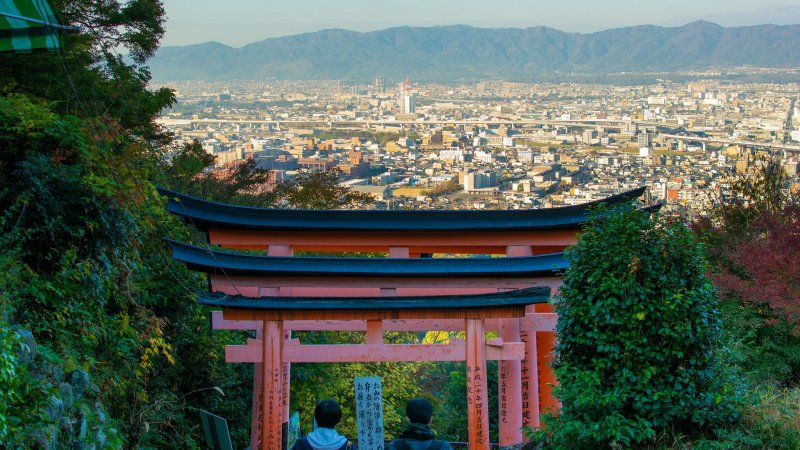 Fushimi Inari, officially known as Fushimi Inari Taisha, is a beautiful Shinto shrine in southern Kyoto, famous for its thousands of vermilion torii. The torii gates along the way are donations from individuals and companies and on the back of each gate is the name of the donor and the date of the donation.

The trails lead into the wooded forest of the sacred mountain Inari, which is 233 meters high and is part of the shrine grounds. The hike to the top of the mountain and the way back take about 2-3 hours.

The shrine is dedicated to Inari, the Shinto god of rice. Since it is believed that foxes are Inari's messengers, there are numerous fox statues throughout the shrine grounds. The Fushimi Inari Shrine is the main shrine of all 30,000 Inari shrines in Japan.

Tofukuji temple (東福寺), particularly known for its autumn leaves, was founded in 1236 and is the head temple of the Tofukuji School of the Rinzai sect of Zen Buddhism.

Sanjusangendo, officially called Rengeō-in, is a Buddhist temple of the Tendai sect located in the Higashiyama district of Kyoto. The temple’s main hall is famous for housing 1,001 statues of Senju Kannon (1,000-armed Kannon), the goddess of mercy. Taira no Kiyamori built the temple in 1164 as a retirement palace for Emperor Go-Shirakawa. Years later, the structure burned down but was reconstructed in 1266. The name Sanjusangendo translates to “a hall with 33 spaces between columns'' and refers to the number of intervals between the temple’s support columns. The focal point of the temple is its main hall. The impressive one-story building measures 120 meters long, making it the longest wooden structure in Japan. The main hall’s humble architectural style is characterized by its woodwork and slanted roof of wooden shingles. Despite its lack of outward ornateness, the hall’s sheer size commands respect from visitors and exudes a ubiquitous air of sacredness. Apart from the main hall, the grounds are also home to tranquil gardens, temple structures painted in brilliant vermillion, and an annual archery festival called Toshiya Matsuri, where thousands of participants come to test their bow skills and endurance. Witness the 1,001 Senju Kannon Statues Inside the main hall, walk among hundreds of golden, human-sized statues of Senju Kannon. The ornately carved statues stand in elegance with two of their 1,000 arms positioned in prayer and their serene faces deep in meditation. Atop their heads sprout additional smaller heads, which, along with goddess’ 1,000 arms, help her better fight human suffering. In the center of the hall sits a large statue of Kannon, who is positioned similarly in prayer with her multitude of arms fanned out behind her. The 12th and 13th-century statues are carved from Japanese cypress and lacquered with gold leaf, and the large Kannon statue, in particular, is considered a National Treasure. The 1,000 smaller statues are situated on both sides of the seated goddess in ten rows of 50. In front of the first row of Kannon statues, stand 28 additional sculptures of Buddhist guardian deities, many of whom, in contrast to the meditative statues, are poised in protective stances. The visual of hundreds of golden statues against the wooden hall’s muted walls is a truly awe-inspiring sight. Visitors cannot help but be comforted by the overwhelming sight of the serene goddess of mercy. Admission to Sanjusangendo costs 600 JPY for adults, 400 JPY for junior/senior high school students, and 300 JPY for children.

The Kyoto National Museum is one of the major art museums in Japan. Located in Kyoto's Higashiyama ward, the museum focuses on pre-modern Japanese and Asian art. [Wikipedia]